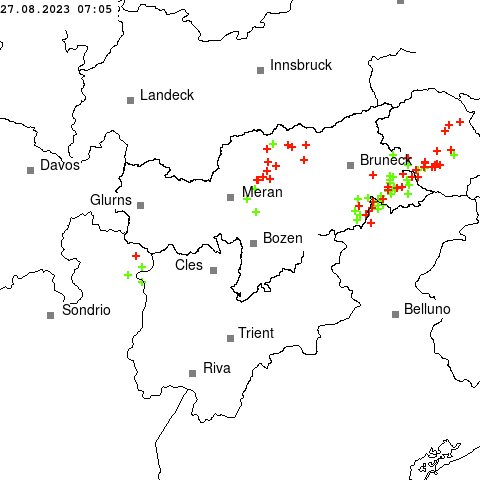 How does the lightning detection system work?

The Italian Lightning Detection System (SIRF), owned by CESI, consists of a network of sensors with homogeneous coverage of the territory. The sensors are specially developed to detect the electromagnetic field emitted by each lightning and with GPS synchronization allow to identify the lightning itself with precision. In order to trace the point affected by the event, the lightning must be detected simultaneously by at least two sensors. The exact position of the lightning can be calculated based on the travel time and the direction of origin of the electromagnetic wave detected by the antenna. The Italian CESI-SIRF® detection network is part of the high-precision European EUCLID network, with sensors that coverage every European country.

Accuracy of the system

According to the operator CESI the SIRF and EUCLID networks enable the detection of more than 95% of cloud-to-ground lightning strikes with an average spatial accuracy of 150m. Only 2-10 seconds elapse between the lightning strike and its location. Shortly after the lightning is displayed on this website with updates every 5 minutes.

The following map shows the average annual lightning density on the ground in South Tyrol - Province of Bolzano, where the orographic effect is clearly visible. 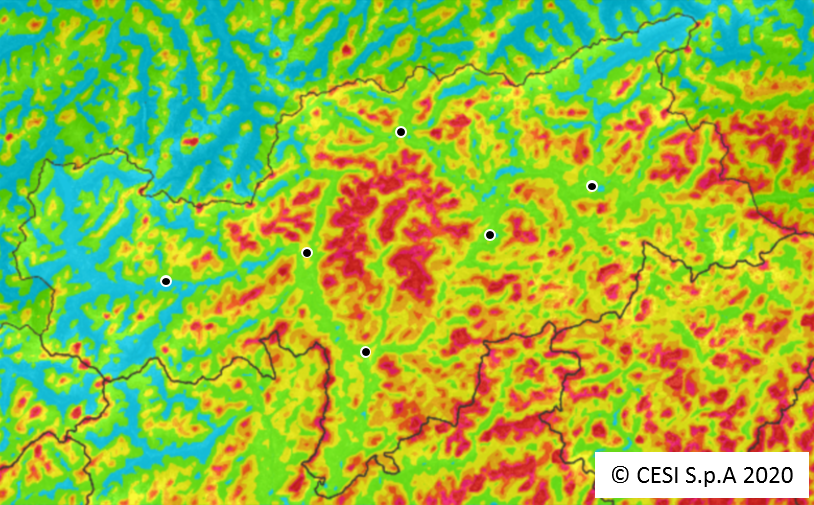 Map of the average lightning density on the territory, © CESI www.fulmini.it (Externer Link)